Genesis 48:19, Multitude of nations. What do the Jewish sages say about this prophetic verse pertaining to the descendants of Ephraim and Manasseh? 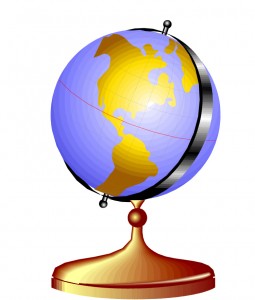 Ibn Ezra declares that many nations will descend from him, since the word many is the Hebrew word melo meaning “fullness,” and connotes abundance. The phrase literally means “and his seed will become the abundance of the nation” ([Neter; Karnei Or]; The ArtScroll Bereishis/Genesis Commentary, p. 2121)

R. Avraham b. HaRambam somewhat similarly states that the expression denotes abundant profligacy to a point that they will have to inhabit lands of other nations it is an allusion to Ephraim’s expansive territory (Ibid.).

The Radak says that this refers to the exile when the lands of others will be filled with his scattered descendants … See also Hos 7:8: “Ephraim shall be mingled among the nations. (Ibid.)

What kind of blessing was this prediction that one day his descendants—the ten tribes—would be scattered among the nations? R. Munk explains: while it is true that the dispersion was caused by the unfaithfulness and sinfulness of Ephraim’s descendants (Hos 7:8ff), Jacob’s blessing was not in vain for “they will return to God” and will have their share in the world to come (Sanhedrin 110b). And R. Eliezer adds: “Even the darkness in which the Ten Tribes were lost will one day become as radiant as the day’ (according to the version of Avos d’Rabbi Nosson 36). And in the perspective of history, did not these exiled children of the Patriarchs enlighten the nations among whom they were scattered? They did so by teaching their conquerors the fundamental ideas of the knowledge and love of God, ideals they had never forsaken. Hence they too have a messianic vocation and their Messiah the … Messiah son of Joseph (Succah 52a), also called Messiah son of Ephraim (Targum Yonasan on Exod 40:11), will play an essential role in humanity’s redemption, for he will be the precursor of the … Messiah Son of David …” (Ibid., pp. 2121–2122).

Can you better see in Jacob’s prophecies over the sons of Joseph and the resulting rabbinic interpretations of those prophecies foretelling the Messianic or Hebrew roots movement (within the Christian church) of the final days?

This movement will be instrumental in bringing the Christians (many of whom are descendants of Joseph’s sons) back to their spiritual Hebrew (or Book of Acts) roots as part of the restoration of all things before Messiah Yeshua, the Son of David, returns (Acts 3:21).

The Book of Revelation prophesies the last days Hebrew roots movement when it declares that the end-time saints will be those who have the message of the gospel or the faith and testimony of Yeshua the Messiah and who keep YHVH’s Torah-commandments (the Torah or instructions of YHVH given to Moses and Israel at Mount Sinai, Rev 12:17 and Rev 14:12).

Yeshua sent his disciples out to gather in the lost sheep of the house of Israel (Matt 10:6; Acts 1:6–8). If you’re a disciple of Yeshua, what can you be doing to help bring in the lost scattered  sheep of Israel to Yeshua?

Perhaps you’ve seen the bumper sticker which says, “Think globally; act locally.” I don’t know what folks who place this on their cars mean by this, but maybe we could co-opt this phrase with regards to helping to gather in the lost sheep of Israel. (By the way, it is one of the goals of this blog and the ministry behind it to help to do just that.)

Please pray and ask YHVH through his Spirit to lead and guide you to be his profitable servant in helping to gather in the lost sheep of Israel.