Linked below is an article from World Net Daily (wnd.com) entitled, 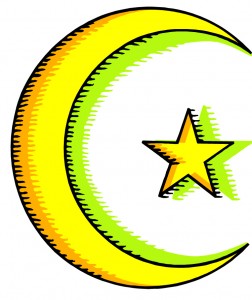 Have you ever read the Koran? I have—from cover to cover. After reading the book, I wrote what I call…

Below are the facts and nothing but the facts as presented in the Koran itself. Let these facts speak for themselves.

Why is it important that you educate yourself about Islam? The Bible tells us that we are not to be ignorant of Satan’s devices (2 Cor 2:11). The spirit of Antichrist is behind the religion of Islam and that same spirit is knocking loudly on America’s door. As hard as it may be for Americans to believe, even our new president, Barak Husein Obama, has Islamic connections, if not sympathies.

The prophets of the Bible speak distinctly about an end-time enemy of Israel (of both Jews and Christians) who will attempt through force to dispossess Israel of its land and heritage. This same aggressor will shed Israelite blood, and will gather other Israelite-hating nations into a confederacy that will attack the Israelites’ nations. The Bible refers to this enemy as Edom, who has a perpetual hatred for the people of Elohim (the God of the Bible).

The biblical prophets describe this time as being a low point in the national life of the people of Israel. This attack by Edom against Israel will be brought on by Israel’s (Jews’ and Christians’) spiritual apostasy from the Word of God—the Torah. But the same prophets declare that out of the depths of spiritual and economic despair, the Israelite people (both Jews and Christians) will repent of their sins, cry out to their God, Yehovah Elohim, spiritual revival will ensue, and Elohim will then magnify his name among his people and deliver them from the hands of their enemies. This event incidentally coincides with the second coming of the Messiah of Israel, Yeshua HaMaschiach (Jesus Christ).

For more details on who end-time Edom is, what his game plan is and how that will affect you whether you live in America, other Christian nations, or in the state of Israel, read my article Is America in End-Time Bible Prophecy, which is available for free download at http://www.hoshanarabbah.org/pdfs/america.pdf.

The Koran (or Qur’an) is the holy book of the religion of Islam. It contains the sayings of Muhammad, the founder of Islam. In the Koran, Muhammad (ca. 570 to 632) claims that the sayings of the Koran came to him from God (or Allah) via the angel Gabriel. Based on a passage in the Koran (Sura 7:157), many believe that Muhammad was illiterate and was incapable of writing these sayings down himself. At the very least, he was unlettered and unlearned. Shortly after his death, some of his followers who had memorized his sayings met together and recorded in written form what they remembered Muhammad to have said. This is how the Koran came to be.

The Koran forms the bedrock of the Islamic faith, although there are other holy books belonging to the religion of Islam that have sprung up since the Koran was compiled.

Since some of the practitioners of Islam are presently on a crusade to forcefully convert many countries to Islam, and since many Muslims terrorists have demonstrated a particular hatred for Jews and Christians, and since there is much misinformation being broadcast in the western media, by western politicians and western educators as to what Moslems believe and what the Koran actually teaches, I took it upon myself to read the Koran from cover to cover to see for myself what it says. Below are some of the amazing facts about Islam that I learned from reading the Koran.

The following references are taken directly from the Koran. Chapter (Sura) and verse references may vary from Koran to Koran. Those listed below are from The Koran by Ivy Books (published by Ballantine books in 1993, a division of Random House, New York, ISBN 0-8041-1125-1). We will occasionally provide some alternate versions of the Koran as well for cross reference purposes.

According to the Koran itself…

The Purpose of the Koran 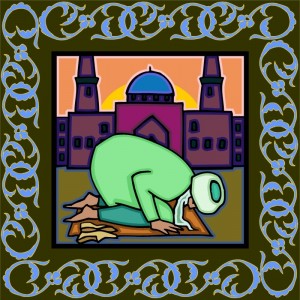 The Koran on Muhammad

The Koran on the Fate of Infidels (Non-Muslims)

The Koran on the Bible

The Koran on Jews and Christians

The Koran’s View of Biblical Theology

The Koran on Yeshua (Jesus)

The Koran on the Biblical Narrative

The Koran on the Status of Women

The Koran Forbids the Selling of the Koran

The Koran on Sex in Heaven

The Koran Advocates Freedom of Religion in Muslim Countries

The Koran Declares That God Gave the Israelites Their Own Land